The Smoking And Boiling Point Of Cooking Oils (What’s The Difference?) Home » Cooking and Baking » The Smoking And Boiling Point Of Cooking Oils (What’s The Difference?)

Have you ever wondered at what temperature oil boils? And have you heard the term “smoke point”?

It is therefore important to understand how oil reacts to high temperatures, especially at it’s thermal capability limits.

In this article I will discuss:

What is the boiling point of cooking oil?

The boiling point of a liquid is that temperature where a liquid changes to a gas.

It happens because the heat energy excites the molecules.

As the temperature of the liquid increases, so does the degree to which the molecules are excited.

The moment when there is enough excitement in the molecules, they will start to break the intermolecular bonds in the liquid and escape to the atmosphere as a gas.

The temperature where this happens, is called the boiling point.

This point differs between liquids and depends on several factors including atmospheric pressure.

The higher the atmospheric pressure, the more energy is required for molecules to break free from the liquid.

Another one of these factors is molecule size (which translates to the strength of the intermolecular bonds).

The problem, however, with cooking oil, is that you will reach the smoke point before you reach the boiling.

More on the smoke point later, but the data out there on boiling points of cooking oils are all over the place.

What is the smoke point of cooking oil?

The smoke point (also called the burning point) of oil, is the temperature at which the oil starts to break down and smoke.

When oil starts to break down, it gives off chemicals that alters the taste of you dish, giving it that typical burnt taste.

At the smoke point oils also releases free radicals, which is very unhealthy and can damage cells.

Here are some average smoke points for oil:

Does new oil and reused oil have different smoke points?

There are two reasons for this.

Firstly, when you use cooking oil, it gets tainted with particles from you cooking, like food particles and spices.

These impurities lowers the smoke point of oil.

The higher the free fatty acid content, the lower the smoke point.

When you heat oil, you increase the level of free fatty acids, which in turn lowers the smoke point for that oil.

This is one of main reasons you should limit the times you reuse oil.

If oil smokes, is it burning?

No, when oil starts to smoke, it has reached its smoke point.

The flashpoint, on the other hand, is the temperature at which an oil ignites, and is higher than the smoke point.

When you heat this canola oil (or any oil) still further, you will reach its ignition point (also called a fire point).

Rather use a fire extinguisher rated for grease fires (Class B).

The smoke point is an important aspect to keep in mind when selecting the right cooking oil.

When you reach an oil’s smoke point while cooking, you may as well start over, since the oil will impart bad flavors on your dish at that stage.

Always make sure that the smoke point is well above the maximum temperature your cooking will reach.

Deep-frying, for example, will require cooking oil with a higher smoke point than stir-frying.

Also remember that the more you reuse oil, the lower its smoke point gets.

PrevPreviousShould You Remove Tomato Seeds? (Are They Healthy?)
NextGreen Unripe Tomatoes: Can You Eat Them Raw?Next 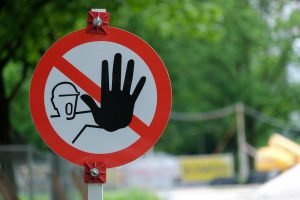 NEVER Add Water To Hot Cooking Oil: This Is Why! 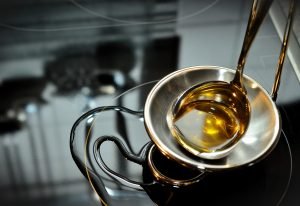 Mixing Hot And Cold Cooking Oil: Is It Safe? 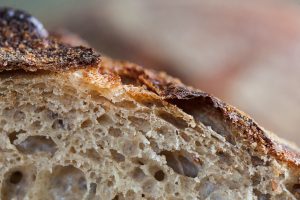 Can Cooking Destroy Gluten In Flour? 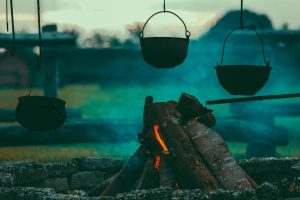 Do You Want To Know Why We Cook Our Food?

Get the word out there!